The idea for a Dream World Cup was actually born a long time ago, precisely in 2004, when the movie “Matti Per il Calcio” was produced and realised by Francesco Trento and Volfango De Biasi, thanks to the precious help of Professor Santo Rullo. This documentary tells the story of the experience of the Futsal team “Gabbiano”, entirely composed by psychiatric patients. These people working together, as a team, overtake their fears and feel more “integrated” as a group and better as single persons. From this idea – and this documentary – a movement have risen up.

From “Matti per il Calcio” to “Crazy For Football”

In 2015, several Japanese psychiatrists met Santo Rullo and, after having spent a week in his structures in Rome, came back to Japan with an innovative idea: organising a Futsal World Cup for people with mental disability. This World Cup took place in Osaka in 2016 and the story of this competition is now famous, thanks to the docu-movie “Crazy For Football”, realised by Francesco Trento and Volfango De Biasi, awarded with David di Donatello in 2017 and inspirer of the namesake book published by Longanesi. 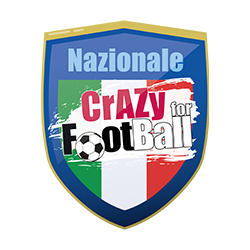 However, the dream did not stop in Japan, and thanks to the cooperation with ECOS Europe, the second edition of this World Cup came to birth. Rome is going to be the hosting city, with the kick off scheduled in an evokative date: 13 May 2018, when occurs the 40th anniversary of Legge Basaglia, the law that closed asylums in Italy. Social rehabilitation of patients was one of the law’s primary objectives. And through football, this objective can be reached in the best possible way.

From the “Dream World Cup” story, the TV movie “Crazy for Football” co-produced by Rai Fiction-Mad Entertainment was made in 2021. The movie tells the development of this first therapeutic experience and the undertaking of organizing this futsal championship for patients with mental health problems.

“Crazy for Football” movie starts from the auditions for the creation of the Italian National team to the real competition on the football fields. Football is described as a therapeutic engine.

“Crazy for Football” is on the Rai1 autumn schedule. The TV film is directed and written by Volfango De Biasi and sees in the cast Sergio Castellitto in the role of the psychiatrist protagonist of the story, with Max Tortora, Antonia Truppo in the role of his precious and intuitive assistant and the extraordinary participation of Massimo Ghini.