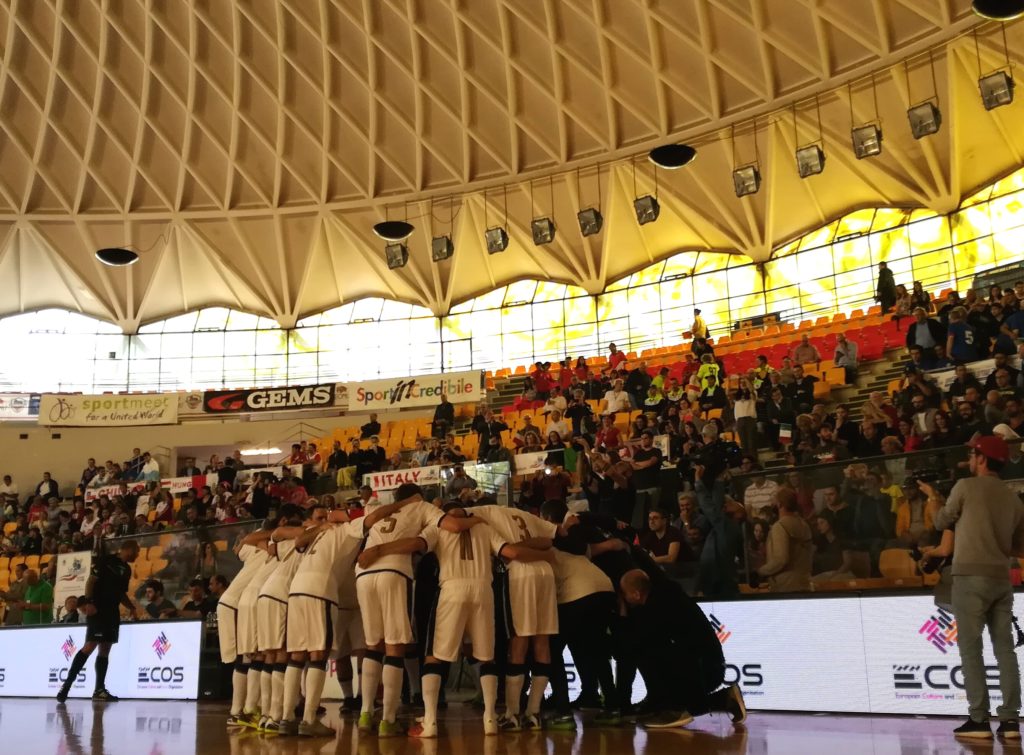 With all the athletes on the field to celebrate the end of this wonderful competition, the Dream World Cup giving an appointment in Peru 2020.

Italy wins 17 – 4 the final against Chile and gains a victory without too many efforts. The match was played in the name of fair play and correctness, as usual, and people in the Stadium cheered and sang for the entire game.

Marco Tardelli, an Italian National Team legend, handed the trophy, supported by Santo Rullo, the psychiatrist who promoted the competition, and by Sinisa Mihajlovic, who expressed his support to the movement.

The Peruvian Team, who ranked third, also got the fair play prize.