Italian National Team: are you ready for the players’ list? 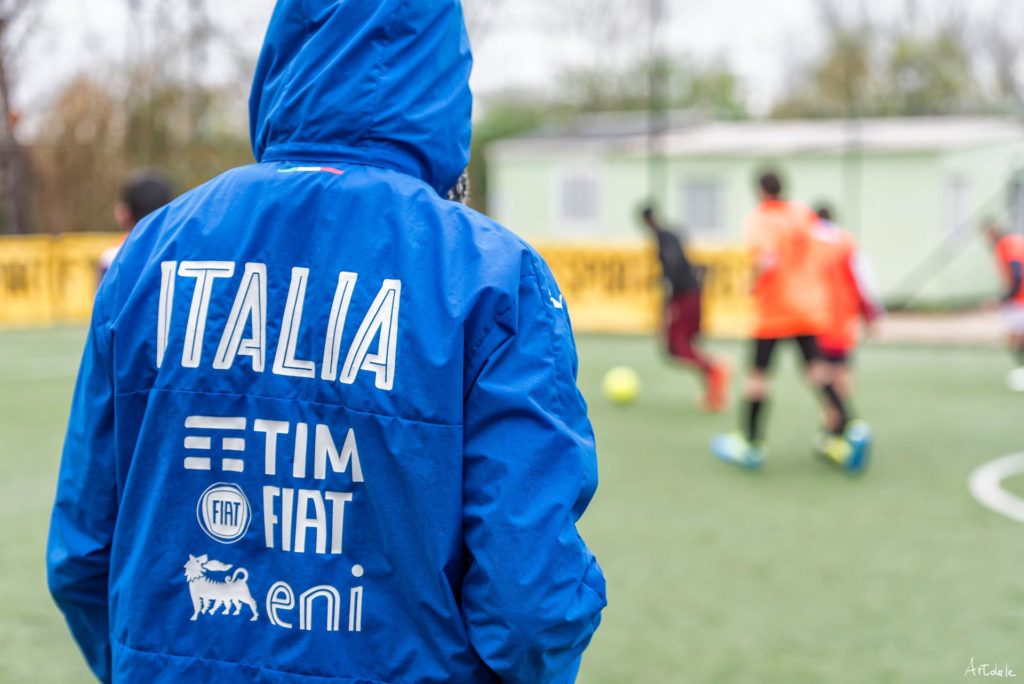 On the occasion of the third screening of the documentary Crazy For Football for Italian schools, the CT of Italian football National “Crazy For Football” Enrico Zanchini, will announce the 16 selected,  who will wear the Italian official shirt and will play the Dream World Cup, the second edition of the World Championship futsal  for people with mental health problems, scheduled in Rome from 13 to 16 May 2018.

After an intense selection phase involving over 150 youngsters from all over Italy, accompanied and followed by over 100 structures, including voluntary associations, therapeutic communities and mental health centers, the long-awaited moment of the meetings is approaching.

A dream that comes true and not only for the boys selected but also for all the participants in the selections that only with the idea and  of wearing the Italian official shirt have found new incentives and new goals to fight against mental illness, a phenomenon in steady growth and that often becomes invaliding to those affected.

Football, with its training methods based on clear and defined objectives, improves the general well-being of psychiatric patients and allows them to experience sensations such as gratification, which on the psychological level means “I exist, I can do. The Italian Football federation supports the project precisely in the forty years of the 180 law of 1978 which definitively closed the mental hospitals in Italy, better known as the Basaglia law.

It is possible to follow the conovocation of the National team live on Facebook on the Dream World Cup 2018 from 12,15 am of 27th  March.