“Crazy for Football at School”: next 13 February at Cinema Adriano in Rome 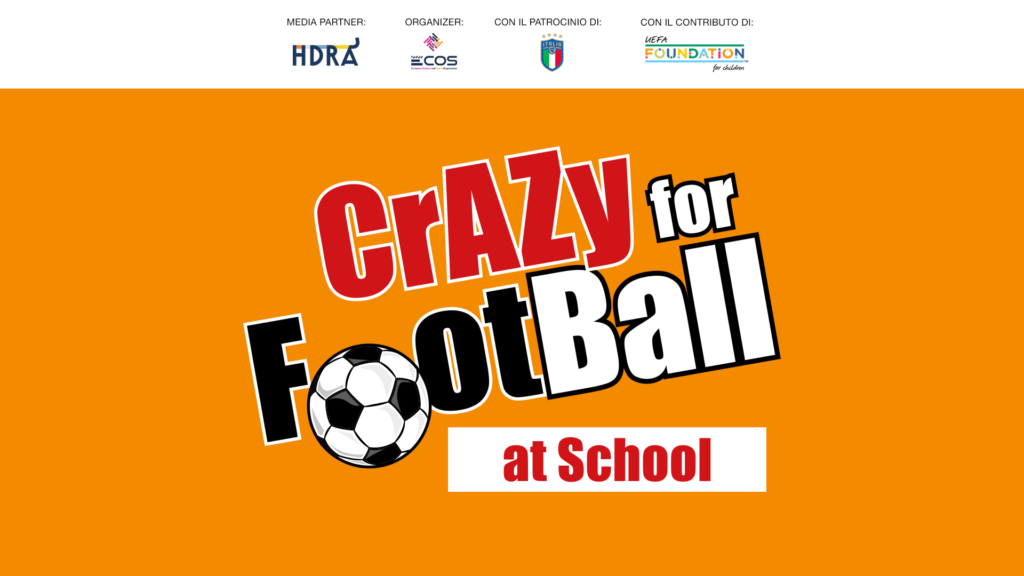 The docufilm of Volfango De Biasi, after having won numerous prizes and awards, including the David di Donatello as best documentary and the special mention to “nastri d argento” will be screened at Cinema Adriano in Rome on Tuesday, February 13th, to be re-proposed in several Italian cities in the next two months.

The initiative, called ‘Crazy for Football at School’, is curated by the non-profit organization ECOS (European Culture and Sport Organization) and is realized thanks to the funding provided by the UEFA Foundation for Children, under the patronage of the FIGC and the support of the Hdrà communication company.

The documentary, produced by Skydancers with Rai Cinema, was born with the intention of fighting the prejudices surrounding those suffering from mental illness and traces the events of the Italian National Soccer team to 5 patients for psychiatric patients, protagonist of the first edition of the World Cup, disputed in Japan. A group of guys with different and difficult stories behind them, followed by a brave psychiatrist, Santo Rullo, by a hard coach but always ready to joke, Enrico Zanchini, and by a former boxing world champion, Vincenzo Cantatore, in the role of athletic trainer.

In conjunction with the projections, a dedicated editorial plan will be activated on social media with a ‘viral content’ that will invite students to post content, and then give life to a contest that will reward the “craziest for football” class, which in June will go to Coverciano to meet the National team. After the Roman screening, the film will be presented to schools in Naples, Venosa, Bari, Saronno, Milan, Turin, Sulmona and Foggia, involving about 5,000 students.