FICTS award for “Crazy For Football” 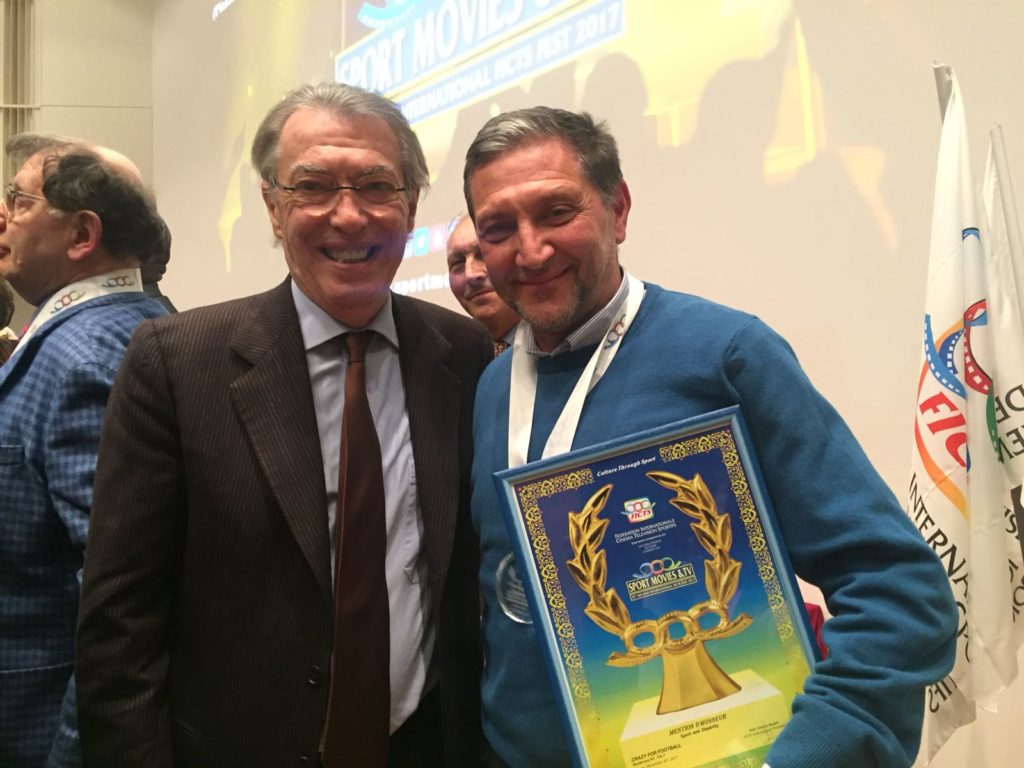 Great satisfaction for “Crazy For Football”. The documentary realized by Francesco Trento and Volfango De Biasi was awarded in the “Sport Movies and TV” Festival organised in Milan by FICTS (“Federation Internationale Cinema Television Sportifs”) with a mention of honour in the category “Sport & Disability”.

During the ceremony, Prof. Santo Rullo was present in representation of “Crazy for Football”, showing once more the importance of sport for people with mental illnesses and how the last Futsal World Cup organised in Japan has been a great example of good practice that must be organised again in future.

That is why Prof. Santo Rullo and the entire ECOS network are working hard: to recreate the Japan atmosphere in the next World Cup, that will take place in Rome next May. The name of this new competition? Dream World Cup!